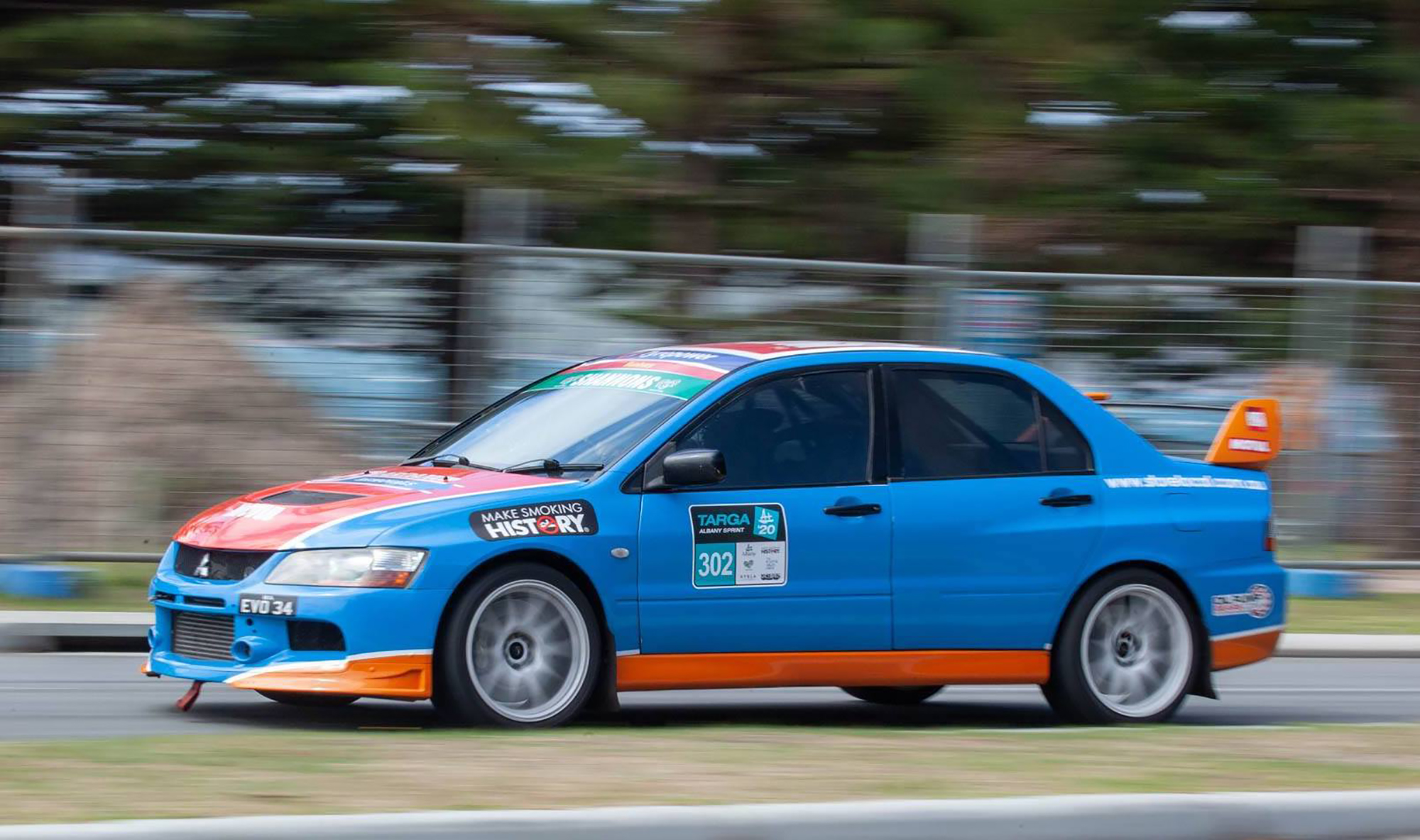 Will White in his 2006 Mitsubishi Lancer Evo 9 won the Targa Albany Sprint on Monday (2nd March) in front of thousands of spectators who lined the streets to watch 88 classic and modern cars race the clock along the 2.8-kilometre hill climb course.

The Motorsport Australia sanctioned Targa Albany Sprint course is a single stage that is run five times for drivers only without co-drivers with the fastest run determining the winner (as opposed to the fastest accumulated time).

White clocked the fastest time on the second of his five runs with an untouchable 1:37.43 minutes, 3.42 seconds quicker than his nearest rival, Denver Parker in his 1993 Nissan Skyline R33.

Third place was tied between Dennis Heller in his 2004 Mitsubishi Lancer Evo 8MR and Mark Greenham in his 2006 Mitsubishi Evo 9 who both scored times of 1:41.46 minutes.

White’s car has been a podium finisher multiple times at Targa South West and Targa West events and he said adjustments were made prior to Albany to make the car more competitive.

“We modified the turbo and manifold and changed the doors to make the car lighter and faster,” White from Dardanup said.

“The course was fast and technical, and I liked that all the chicanes were different configurations and different lengths because it made you think what you had to do going into each one.

“I used the first run to find my feet. On the second run, I got a good line and that’s when I clocked my fastest time, which was lucky because in the third run the clutch got fried. During the fourth and fifth runs, the clutch was slipping and couldn’t go full throttle.

“There were families and kids and massive crowds everywhere, it was great. The event was well run, and I’d like to thank event organisers and the City of Albany for their support. The event was awesome, ten out of ten,” White enthused.

“The course had new elements to it this year which made it exciting,” said Parker, a resident of Aveley.

“It almost didn’t happen for me – on the first run there was gravel, then there were some red flags which wasn’t ideal and then I mucked up a couple of gear changes, but in the last run it all came together.”

Parker said his Nissan Skyline would be retired for a while as he concentrates on doing two 24-hour endurance races at Silverstone (UK) and Spa (Belgium).

Finishing in seventh place outright with 1:43.17 minutes was the event’s only electric car, the brand new 2019 Tesla Model 3 Performance+ piloted by Jurgen Lunsmann.

All eyes were on Lunsmann after the first run when he surprised the competition by clocking the second fastest time.

Lunsmann said that it was satisfying to be challenging for outright places.

“It’s nice to see all our years of building coming to fruition,” said Lunsmann from Bayswater.

“In the right type of events, the Tesla EV is outright competitive – this is the first time we modified our EV, and by modify, I mean we put R-spec tyres on it and that’s it. I drove home with air conditioning, a stereo and cruise control.”

Lunsmann said that the team’s goal is to normalise electric cars in motorsport.

“Monday to Friday the EV is a clean, lean, green machine, but on the weekend, it’s a truckload of fun!”

The fastest pre-1986 classic competitor was Simon Gunson of Bibra Lake in his 1970 Ford Capri, finishing ninth outright with a time of 1:45.63.

“It’s not everyday you get to go as fast as you can up the hill in your own backyard – usually I have to travel 400 kilometres or more to compete in events like this,” Badger said.

“I love the event, it was so much fun and I’d like to make a special thanks to officials and volunteers, without them we wouldn’t be able to do this.”

The youngest competitor at just 16 years of age was Cam Puzey, a Year 12 student at Eastern Hills Senior High who finished in 22nd place in his 1989 Subaru Legacy RS.

“I’m still on my L-Plates, I don’t turn 17 until the end of June,” the Glenforest teenager said.

“It was my first hill climb, and it was awesome, such great fun and a huge adrenalin rush.

“It was especially cool to do it in a car that I built myself – I put in the roll cage and worked a lot of hours on the car to get to the event, I’ve learnt a lot of those skills from my dad and I’m lucky that I have access to the tools and gear I need to build the car.

“I had an issue on the fourth run losing a gear selector bushing, which meant I had to almost stop on the stage to find a gear.

“Luckily, I was able to fix it before the fifth run with a bit of metal I found in the back of the truck, like a bush-mechanic. The final run is when it all came together for me and I clocked my fastest time.”

“There’s a real appetite for this event and we can’t wait to come back next year to run the 2021 Targa Albany Sprint,” Tapper said. 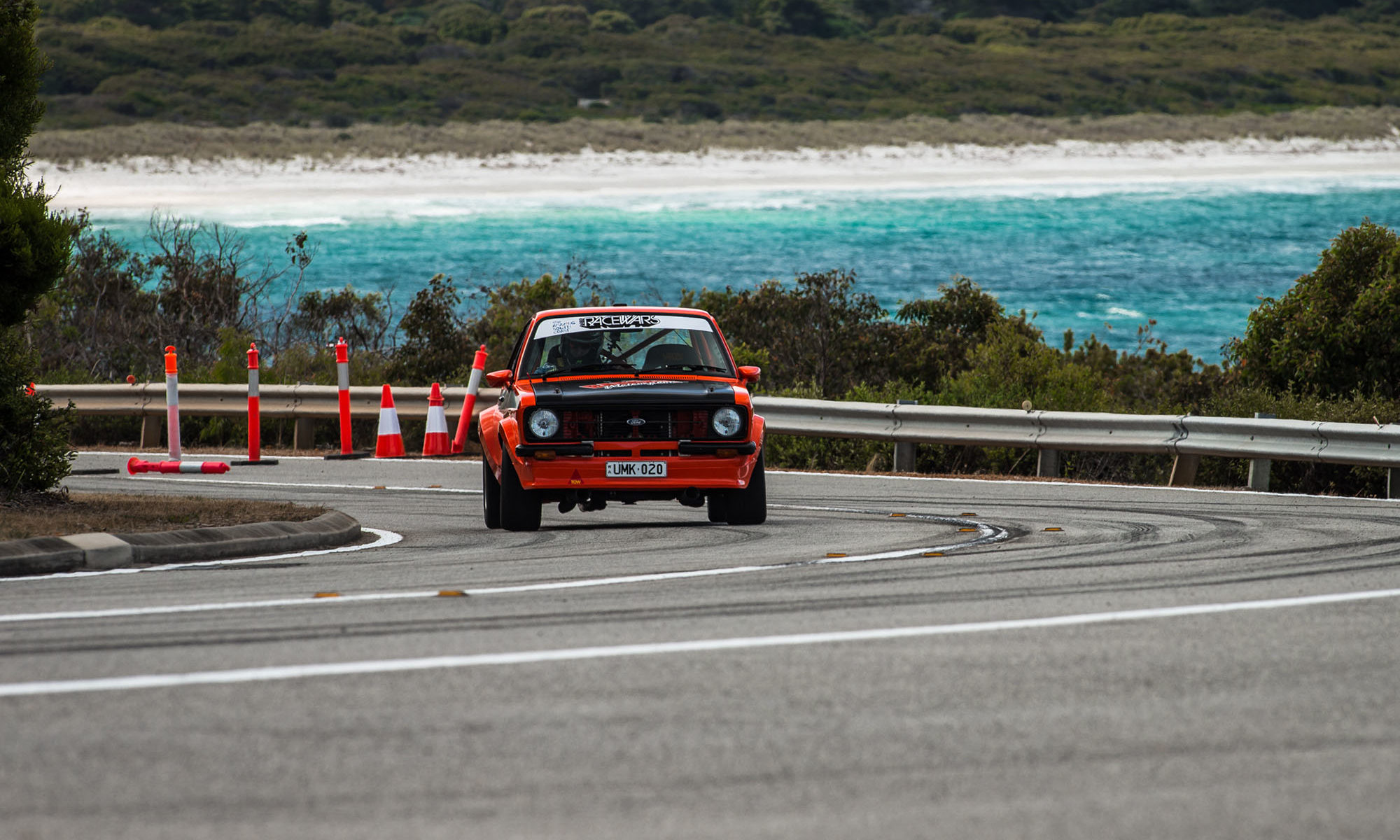 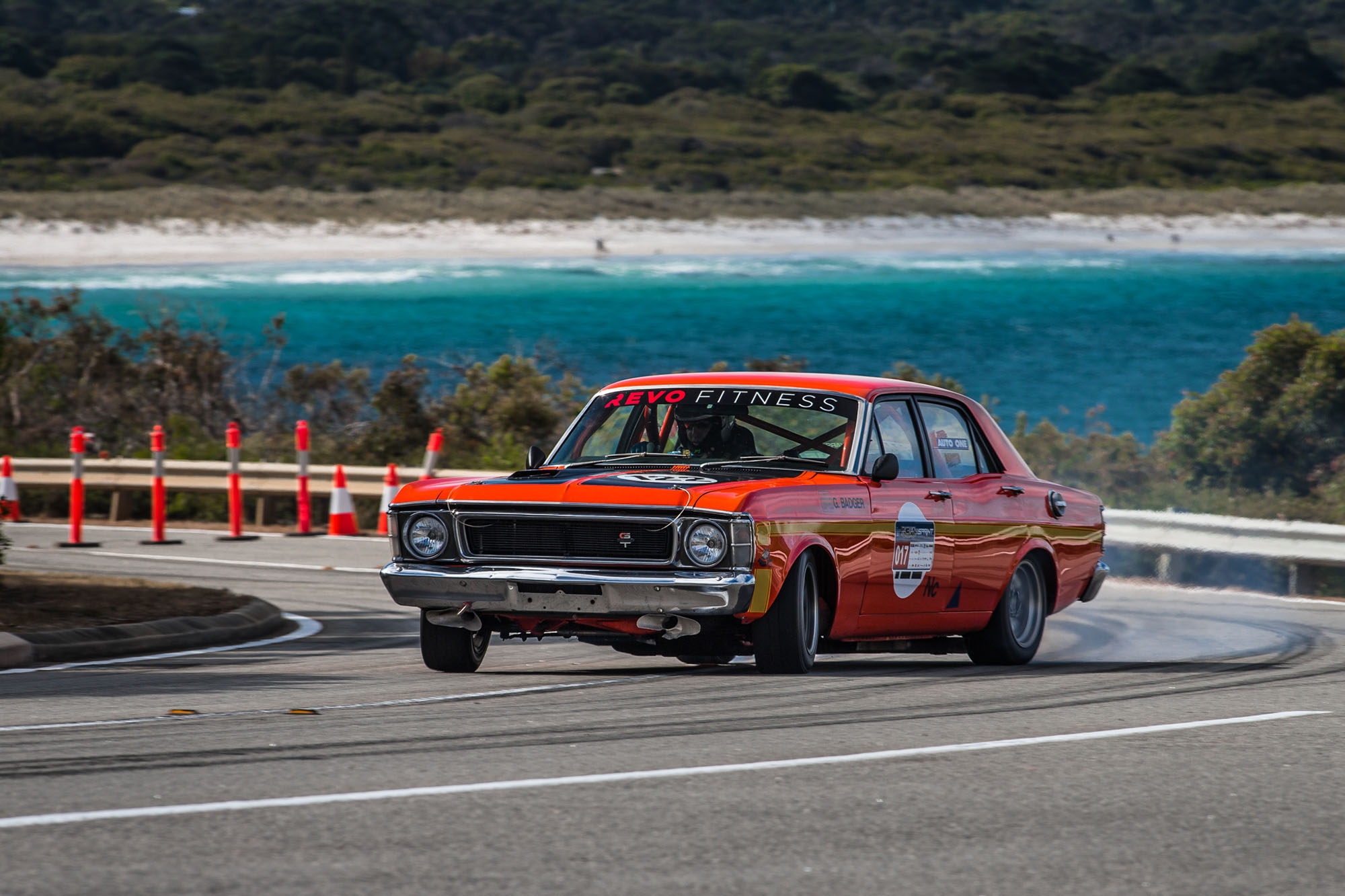 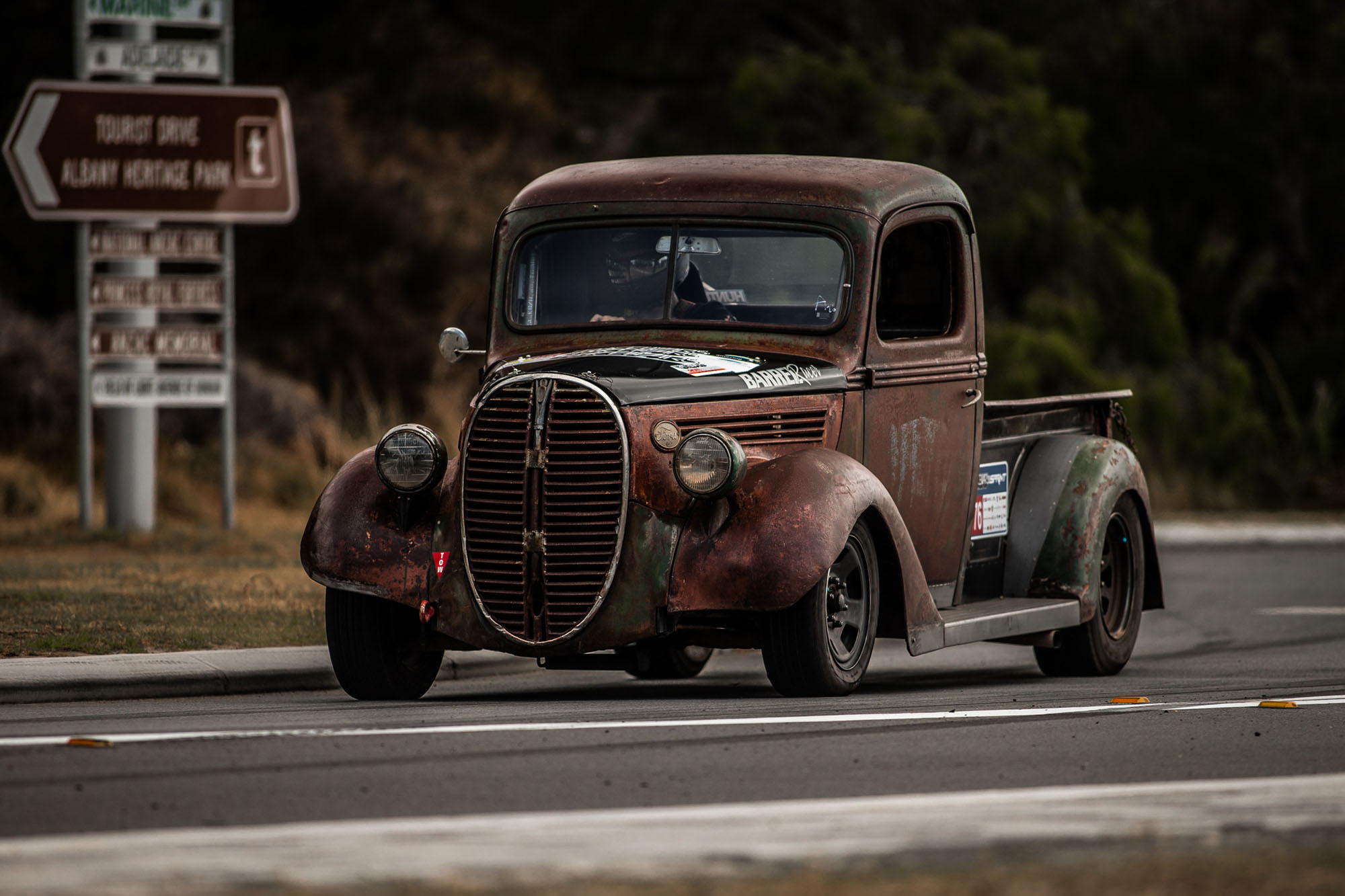